Two boys have been teaching crochet over the Internet and encouraging other boys to practice the craft. On YouTube, 12-year-old Junior Silva and 18-year-old Pedro Santos provide detailed sewing tip, thus breaking an old taboo by showing that anyone can crochet.

Junior has over 27 thousand subscribers on his channel. He gives tips to beginners and teaches them how to do stitches that can be used to decorate things like dishcloths and towels. Using a cellphone, he records and edits the videos, and then posts them on the Facebook page that is managed by his mother. On the first video, the crochet sewer explains that he learned to sew with his grandmother and an aunt. He says that he is skilled enough to make a whole rug.

On the other hand, Pedro Santos, the owner of the Pedro Victor & Crochê channel, became well-known after making a video that asked if people thought crochet was “something for girls”. The video was shared on social networks and got more than 2 million views. “Crochet is a wonderful art that is worth doing,” says Pedro. He advised boys who want to practice the handcraft to go for it, not give up, and  “not care about being criticized”.

Pedro sells rugs, handbags, and clothing made to order. He says that, in the beginning, some members of his family were prejudiced against him. “I used to say that the comments were unfounded, that it was just a needle and thread.” However, he told JOCA that after some time his dad started to support him: “He noticed that I would continue to do it one way or another. He saw that I really wanted to do it.”

What do Junior Silva and Pedro Santos want to show through their Youtube videos?

What information in the text helps you conclude that they are achieving their objective? 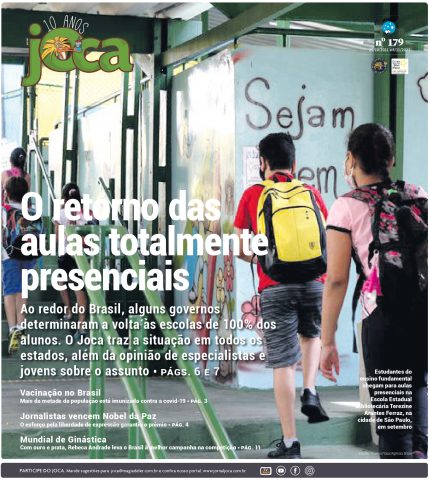