By 2050, the rise in sea levels should affect 300 million residents of coastal areas all over the world.

By 2050, the rise in sea levels should affect 300 million residents of coastal areas all over the world. The figure is from a scientific study by Climate Central, an American research group, and was published in Nature Communications magazine on October 29th. The number of those impacted is almost four times higher than the previous estimate of 80 million.

The number increased after scientists corrected errors from the previous analysis, when the figures consulted suggested that some of the coastal areas occupied by humans were on higher land – and were, thus, safer – than they in fact are. The information provided by the American space agency (NASA) and used to do the analysis before, mistook roofs and trees (which were taller) for the ground.

Data from 135 countries were analysed with this new methodology. It was concluded that Asia would be the most affected continent with 237 million people living on coastal land that will be flooded at least once a year in the next 30 years. China, Bangladesh, India, Vietnam, Indonesia, Thailand, the Philippines, and Japan hold 70% of the population that is at risk.

In 19 countries, including Brazil, Nigeria, Egypt, and the United Kingdom, areas where a million people live could be completely under water by mid-century.

According to researchers, the situation could only be prevented with a large reduction in pollution emissions which cause global warming and with an increase in protected coastal areas, with the construction of walls.

Global warming, which increases temperatures on Earth, causes ice and snow to melt into water, which makes sea levels rise. That is how ocean water rises in coastal areas and could even flood entire cities.

1) Which of the statements is not correct?

a) The number of those impacted is one quarter higher than the previous estimate.

b) In 19 countries, including Brazil, one million people will be affected.

d) The majority of the affected population is concentrated in Asian countries.

2) What do you think could be done to reduce global warming and its consequences? 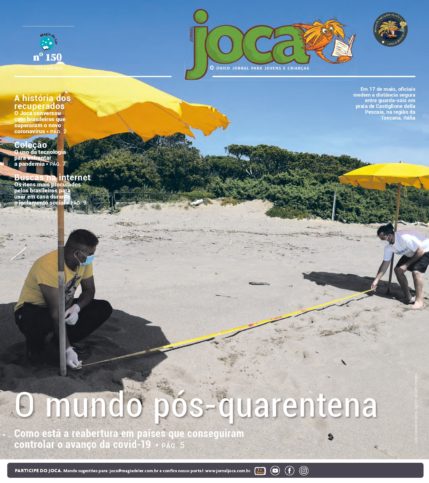