British swimmer Lewis Pugh dove into the Arctic (Ocean) to draw attention to the effect of climate change on oceans. He swam one kilometre for 22 minutes in waters that were -0,5ºC, wearing only his swimsuit, swim cap, and goggles.

At the end of the swim, the activist could not move his legs or hands. He had to bite the clothes of Kelvin Trautman, the photographer who was helping on the support boat, to get out of the sea. Even after a warm shower, it still took an hour for his body to return to a normal temperature.
Lewis Pugh has been swimming in the cold waters of Antarctica, the Maldives, Norway, and Everest for 30 years. “I saw polar bears crossing thin ice in search of food. I have swum in glaciers that have receded significantly, and every year I see less ice in the sea,” he said.

The swimmer is working to create four marine parks of approximately 7 million square kilometres in Antarctica by 2020.

People with no training would drown if they jumped into waters with temperatures under 0°C. Before swimming in cold waters, Pugh did intensive training in swimming, weight lifting, and running for six months.

Find out more at: lewispugh.com.

Why did Lewis Pugh swim in the Arctic?

Was it an easy task? What happened? 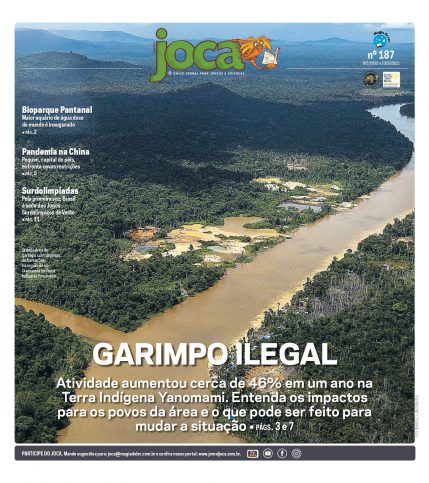 Over Half of US Population Has Been Infected With New Coronavírus

Did you know that… CHINA – Level 1