If no investments in infrastructure are made by 2030, 74 million Brazilians could suffer from lack of water according to a study.

If no investments in infrastructure are made by 2030, 74 million Brazilians could suffer from lack of water according to a study conducted by the Brazilian Platform for Biodiversity and Ecosystem Services (BPBES), in partnership with the Federal University of Rio de Janeiro (UFRJ), the State University of Rio de Janeiro (UERJ), and the Brazilian Association of Limnology (ABLimno). The report points out that although the country is rich in water resources, water is unevenly distributed throughout its territory, and if nothing is done, the supply could be at risk.

According to the study, several sectors that use water for their activities including manufacturing, cattle breeding, and agriculture, will lose money because of the lack of resources. It is estimated that manufacturing could have up to 84% in economic losses and that the Northeast would be the most affected region.

Among the main factors that threaten the availability of water in Brazil are changes in climate and in soil use, ecosystem fragmentation (when a habitat undergoes changes because of human activity and is split into different parts), and pollution. According to the study, even though the impact of these problems can already be felt now, they will become more severe in the future. In Rio de Janeiro state, for example, 45% of the rivers contain emerging pollutants, which are those that are not easily removed with traditional water treatments.

2) What do you think an ordinary person could do to help safeguard water in Brazil? 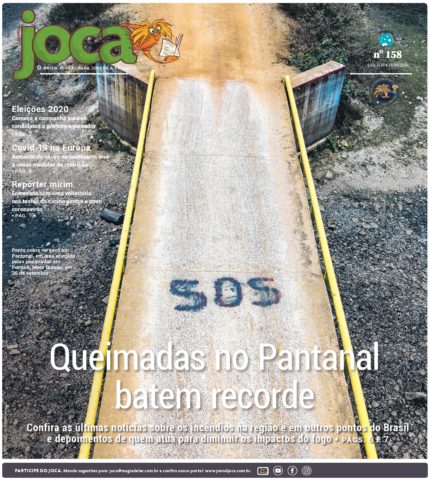